the original and most comprehensive fansite for tatiana maslany
Menu

Happy New Year! Sorry for the lack of updates. I’ve been out of town for the last few weeks.

Tatiana has attended a few events this month. I’ve added photos to them all in our gallery. Enjoy!

Actress Tatiana Maslany joins Andy Richter to discuss starting her acting career at an early age, the importance of music and movement in her work, and shifting to Broadway after the success of Orphan Black. Plus, Tatiana shares what she’s learned about becoming okay with the ‘total unknown’.

Sorry for the lack of updates. I’ve been busy offline plus the holidays have kept me busy.

I’ve added a bunch of missing photos of Tatiana from her two latest events. Check them out in the gallery.

Photos: ‘Ready or Not’ LA Screening

Tatiana attended the LA screening of Ready or Not yesterday. I’ve added photos to the gallery. Enjoy.

Press/Audio: Listen to Tatiana Maslany introduce a new clone in Orphan Black: The Next Chapter clip

Tatiana Maslany can’t wait for fans of Orphan Black to dive into The Next Chapter, the upcoming Serial Box audiobook that picks up where the hit BBC America series ended in 2017. The Next Chapter continues the clones’ story eight years after the events of the show, when biologist Cosima and her sestras, Sarah Manning and Alison Hendrix, along with other familiar (and not so familiar) faces, are forced out of their fiercely protected private lives to stop a global disaster.

“It’s an interesting new medium to use for the characters,” Maslany tells EW exclusively. “The show was such a visual kind of gimmick, in a way, to have multiple versions of me in the same frame. It feels like a natural extension of it to do something that’s audio-based. So much of the work we were doing on the clones was vocally how they were different, and the joy of having one voice do multiple different accents and idiosyncrasies and all of that. It made sense to me to extend the story through the audio world.”

According to Maslany, fans can expect to meet new clones, even badder bad guys, and lots of surprises around every corner when the first episode drops in September.

“There’s a lot of new characters, including new clones and the people in their lives, and people who are again trying to kind of control and manipulate them,” she says. “So there’s a whole new cast of characters.”

In an exclusive clip narrated by the Emmy-winning actress, fans are introduced to an unaware clone named Vivi Valdez. Maslany sets up the audio with insight into character, including what she’ll be up to.

“Vivi is an unaware clone, which has been kind of a recurring theme throughout the series: clones who don’t know they’re clones and discovering their identities,” Maslany explains. “She grew up with this sense that there were other girls who looked like her, and she thought they were imaginary friends. There’s this narrative that she sort of has repurposed in her head to be like, ‘Oh, those are imaginary friends that I was seeing.’ Her psychiatrist and her parents forced that idea on her. So when she first starts to see adult women that look like her, and Charlotte, and all of these other people, it puts that story of her childhood in stark contrast with what the truth is and she has to reevaluate it. Not only is she investigating this massive explosion that happened, she’s also picking through the part of her own identity and her own life story.”

The first episode of Orphan Black: The Next Chapter will be released via the Serial Box app Sept. 12, with a new episode following each week. After episode 5, there will be a midseason hiatus, and the remaining episodes will be released starting in October.
– Source / Listen to the clip

Admin
Behind the Scenes / On The Set, Network, Photos, Stills

I’ve added new photos of Tatiana from Network as well as from the closing night party. Enjoy all the pretties!

Attention, Clone Club: “Orphan Black” is getting a post-TV afterlife.

Temple Street Productions, the production company behind the sci-fi thriller, inked a deal with premium digital fiction startup Serial Box to create a brand-new installment, “Orphan Black: The Next Chapter” — continuing the story of the clone sisterhood and their allies (and enemies) after the end of the TV show.

Tatiana Maslany, the Emmy-winning star of “Orphan Black” who portrayed 14 different clones on the show, is on board to voice the new episodes. The 10-episode series will be available later this summer in audiobook and text formats exclusively from Serial Box. Boat Rocker Studios, the parent of Temple Street, is an investor in Serial Box.

“Orphan Black” ran for five seasons on BBC America in the U.S. and Canada’s Space. In the TV series finale, the full list of 274 female Leda clones is revealed — prompting Cosima, one of the original Clone Club members, and her companion Delphine to embark on a quest to inoculate them against the respiratory disease the clones are susceptible to.

According to Temple Street and Serial Box, “The Next Chapter” is the official continuation of the Orphan Black story, set eight years in the future from where season 5 left off and features the same characters, all voiced by Maslany. The companies aren’t sharing additional plot details but said “#cophine” — a reference to Cosima and Delphine — “definitely plays a big part in the story.”

Serial Box has enlisted a new writing team for “Orphan Black: The Next Chapter.” It has signed Malka Older as the showrunner and Mishell Baker, Lindsay Smith, Heli Kennedy, Madeline Ashby and E.C. Myers as series writers. The writers’ room approach, according to the company, lets it release serialized fiction five times faster than a traditional book.

“We are delighted to be able to extend the Orphan Black franchise through this new and innovative partnership with Serial Box,” Ivan Schneeberg and David Fortier, Boat Rocker’s co-executive chairmen and executive producers of “Orphan Black,” said in a joint statement. “Orphan Black’s devoted fans will now get more of what they love on this exciting listening and reading platform.”

Serial Box patterns its service on traditional TV shows, with new episodes (chapters) of its serialized stories released every week in “seasons” that typically run 10-16 weeks. The first chapter is free; subsequent episodes cost $1.99 each or users can buy a season pass at an average price of $13.99.

Separately, a TV series set in the “Orphan Black” universe — with a completely new story — is in the works at AMC Networks from Temple Street, Variety first reported earlier this year.
– Source

Captivating Tatiana Maslany celebrates 6 years online.. 6! (Well it was like last week but I haven’t been able to come online.) This was the very first fansite dedicated to Tatiana online and it’s still here and supporting her. I admire Tatiana so much. Not only is she a phenomenal actress but she is a wonderful role model and kind soul. She is my favorite actress and in my honest opinion, the true definition of an actor. I’m so grateful to Orphan Black for introducing her to us. In honor of being online for six years I’ve put up a new design on the site featuring rare photo session outtakes. I will add them to the site in the near future. I will also update the gallery tomorrow with a matching theme.

Thanks so much for visiting my little fansite for the last six years. I don’t know Tatiana. I’ve never been lucky enough to meet her, but if by chance she comes across my little fansite and reads this little blurb, I just want to say.. thank you. Thank you for sharing your amazing talent with us and just being someone that we can all look up to.

I’ve added HD screencaps of Tatiana from Destroyer to the gallery. What did you think of the film? You can watch it on Hulu at the moment.

You’ve reached Captivating Tatiana Maslany the original and longest running fansite for all things Tatiana Maslany on the web. That’s right, this was the very first fansite dedicated to her online and it’s something we proud ourselves on. Tatiana is best known for her roles in the amazing BBC America television show Orphan Black. Browse the site and visit the web’s most comprehensive Tatiana gallery with over 92,000 photos. Don’t forget to follow us on Twitter, Tumblr, and Facebook and bookmark us to visit the site again. – J. 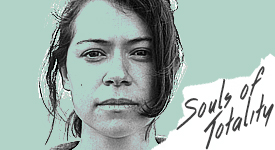 Souls of Totality
available on vimeo
A love story set during the Great American Eclipse. 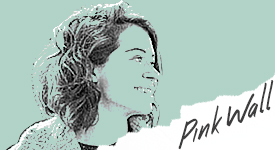 Pink Wall
2019
Six scenes. Six years. Six moments that shaped the relationship of Jenna and Leon. Pink Wall examines what defines us, the pressures of gender expectations, and our perpetual struggle between life and ambition. 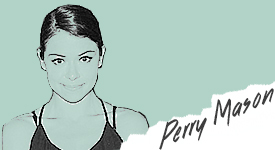 Perry Mason
2020 on HBO
Set in booming 1932 Los Angeles, a down-and-out Perry Mason take on the case of a lifetime.

Find out more or adjust your settings.

This website uses cookies so that we can provide you with the best user experience possible. Cookie information is stored in your browser and performs functions such as recognising you when you return to our website and helping our team to understand which sections of the website you find most interesting and useful.

Strictly Necessary Cookie should be enabled at all times so that we can save your preferences for cookie settings.

If you disable this cookie, we will not be able to save your preferences. This means that every time you visit this website you will need to enable or disable cookies again.